Explained in 60 Seconds: What is Giant Hogweed and Why is it a Threat?

Explained in 60 Seconds: What is Giant Hogweed and Why is it a Threat?

What is Giant Hogweed?

Giant hogweed (Heracleum mantegazzianum) is a non-native highly invasive plant that originated in the western Caucasus region. In the 19th century, it was introduced to Britain as an ornamental plant and has spread to Ireland since.

Although somewhat similar in appearance, our native Common Hogweed (Heracleum sphondylium) is much smaller than Giant Hogweed; typically reaching heights of only 50-120cm.

Why are Invasive Alien Species a threat?

Introductions of invasive alien species to native habitats are known to exert significant impacts on local plant diversity, community dynamics, and ecosystem processes (Pyšek et al., 2012). The severity of incursions by invasive species will depend upon the invader’s persistence, the type, magnitude and time scale of the invasion, and the ability of native communities to buffer against the full or partial displacement of resident species (Vilà and Weiner, 2004).

Why is Giant Hogweed a threat?

Due to our warmer climate and nutrient-dense soil, Giant Hogweed germinates more readily here than in its native range. Giant Hogweed plants can usually live for several years, flowering in the third to fifth year and dying after they bear seeds. However, in poor conditions, they can persist for 12 years.

They rely exclusively on reproduction from seeds. Nevertheless, self-fertilisation is possible, making the establishment of isolated populations likely. They flower in June and July, and each plant produces an average of 20,000 seeds making their reproductive potential enormous.

Human activities, water and wind disperse the seeds long distances. Subsequently, seeds can lay dormant in the soil until conditions are favourable for up to 2 years. These seeds germinate early in spring before native vegetation appears.

Giant Hogweed can grow to 16ft tall, standing well above native vegetation and shading it out. As Giant hogweed spreads particularly well along river corridors, it can destabilise banks and increase erosion.

This species also poses a threat to human health. It secretes a watery sap, containing photosensitizing furanocoumarins, that could easily touch off exposed skin. The issue with these compounds is that, when exposed to the sun’s ultraviolet radiation, they cause burns and rashes (Nielsen et al., 2005). If contact with the sap occurs, the area should be covered and washed with soap and water immediately. Medical attention should be sought as topical steroids may reduce the effects of the contact (Nielsen et al., 2005).

PrevPreviousExplained in 60 seconds: Toxic Arsenic in Bottled Water – What You Should Know
NextExplained in 60 Seconds: What to do about Giant Hogweed on your property.Next
Most Popular 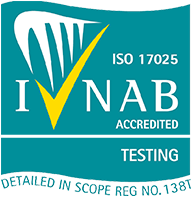